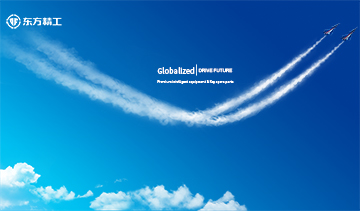 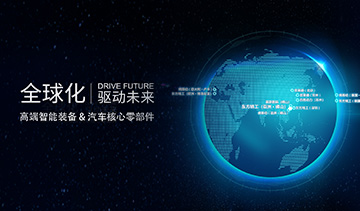 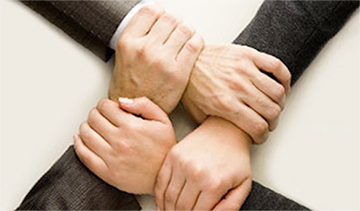 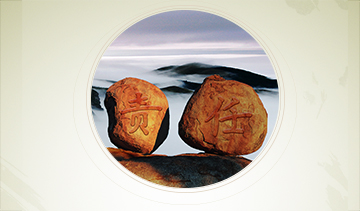 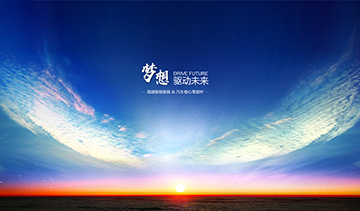 Upon its IPO, the group completed the global industrial layout of high-end intelligent equipment under the guidance of the overall development idea of "endogenous + extension".

Headquartered in Foshan, P. R. C., the Group has set up branches and subsidiaries in many cities in China and aroud the world, founded a market-oriented and specialized team of professional managers.

I. Business model for the high-end intelligent equipment sector

The average price of the corrugated carton printer is RMB 4 million to RMB 15 million, with approximately 50% of them sold to domestic large and medium-sized customers or listed companies and approximately 50% of the revenue deriving from the overseas markets (mainly in the United States and Europe). The Dongfang printer, the first brand in China, ranks among the top three in the world in the industry segment.

Executing the make-to-order strategy, our delivery period is only 3-5 months. With an increased equipment installed the revenue and profit generated by after-sales service is a new  growth point for the company.

As a relatively mature industry, the business of corrugated carton printer manufacturing will depend on customers upgrading and modernizing. Due to the technical superiority of the brand, Dongfang will sustain steady growth in the coming years.

EDF Europes S.R.L. was founded by three founders in bologna, Italy, in 2009, with the principal business being manufacturing of high-end corrugated carton printer assembly lines and pre- and post-printing auxiliary equipment. In view of the overall industrial chain layout of packaging equipment in the global mainstream market, DPG completed the acquisition of 100% equity of Italian EDF Europes S.R.L..

The average price of each printing machine, which is manufactured by pursuing the make-to-order strategy, amounts to RMB 16 million to 25 million (2-3 million Euros), and the delivery period is 6-7 months.

Europe is currently EDF's main market. We plan to develop the market of North America while expanding the Asian market by means of Dongfang’s brand influence and sales channels.

Fosber Group was founded in 1978 by two families in Lucca, Italy, with the principal business being manufacturing of high-end corrugated board production lines.In March of 2014 and September of 2017, DPG purchased 60% and 40% shares of Fosber Group, respectively. At present, Fosber Group has become a wholly-owned subsidiary of DPG.

The production line is a large, automatic equipment and its average unit price amounts to RMB30 million to 60 million (3.5 million to 7.5 million euros).The products of Fosber Group, which ranks No. 2 in the global corrugated board production industry, are mainly sold to Europe, the USA, Asia and other countries.

We follow the make-to-order strategy and the delivery cycle is 6-10 months. With an increased installed base of equipment  year by year, after-sales service growth has become the guarantee for future revenue and profit in the Fosber Group.

The complete product portfolio of Fosber Group facilitates its development of the emerging markets such as Asia for the purpose of raising its global market share.

In 2014, DPG and the former shareholders of Fosber Group established a joint venture company through joint investment, Guangdong Fosber Intelligent Equipment Co., Ltd. (Fosber Asia for short), with the principal business being manufacturing of middle- and high-end corrugated board production lines. The production lines, whose average unit price amounts to RMB 25 million to 35 million, are geared to the needs of the Asian markets, in particular China and India.

Adopting the make-to-order strategy, we deliver the goods 6-8 months after receiving the order.

After several years of research and development, the new product jointly worked on by the Chinese and Italian teams were introduced to the market in 2017. With the rise of labor costs and the trend of industrial upgrading, China demands more and more middle- and high-end automation equipment and hence Fosber Asia is expected to see a period of rapid growth in the coming years.

In 2004, Suzhou Parsun Power Machine Co. Ltd was founded in Suzhou, Jiangsu Province, with the main business being manufacturing of outboard motors and general purpose engines, 80% of which are exported overseas and 20% sold in China. In its industry segment, the brand of Parsun ranks the first in China and among the top six in the world. In July of 2015, DPG completed acquisition of 80% of the shares of Suzhou Parsun.

After the M&A, DPG formulated the three-year product development for Suzhou Parsun so that we are able to develop new products entirely geared to the demands of markets in a planned and orderly way. The launch of these products has successfully brought in sales revenue for us. Meanwhile, we also strive to develop the domestic military industry market, which is expected to become a new growth point of revenue and profit for Parsun in the future.

In 2010, Beijing Pride Power System Technology Co., Ltd was co-founded based on joint investment of Pulead Technology Industry Co. Ltd, BAIC Group, Contemporary Amperex Technology Co., Ltd and Beiqi Foton Motor and has been committed to providing total solutions of power battery packs for the new energy complete automobile manufacturers, with the principal business being production of power battery packs for new energy automobiles. In April of 2017, DPG purchased 100% of the total shares of Beijing Pride Power held by its former shareholders by means of issuing shares and cash payment to them and Beijing Pride Power has become a wholly-owned subsidiary of DPG.

The new energy automobile power battery packs designed and produced by Beijing Pride Power are advantageous in reliability, safety, environmental adaptability, lightweight and other aspects and Pride Power can provide supporting products for new energy automobiles and their charging stations and the power grid energy storage systems. According to the data of the number of installed power battery system (vehicles) in 2016 and 2017, Pride Power has occupied  the leading position of the third-party power battery system provider in China in terms of both output and product performance.

We follow the make-to-order strategy as the new energy power battery packs are customized products.  It has taken a long time for Pride Power to be certificated by the downstream vehicle manufacturers, and  the process of product approval to sales to customers comprised a series of stages such as project setup, scheme design, internal trial manufacturing, sample test, integration tests and commissioning, national standard certification, product prototype approval, submission of application to MIIT, MIIT review, announcement by MIIT etc.  The qualified supplier list of the OEMs is not changed easily.

While continuing to consolidate old customers and raise the product share, we are constantly developing new customers and increasing our market share.

Aqueous Printing Press Business Unit The aqueous printing press business unit of Guangdong Dongfang Precision Science & Technology Co., Ltd has accumulated experiences for over 20 years in production of this machines in the industry of corrugated paper printing and packaging and hence is recognized and trusted by corrugated paper printing customers all over the world. They manufacture two series of products: TOPRA GT FFG Inline and HG2 FFG Inline.

After years of development, the printing press business unit has established an international sales and service network, offering efficient service in more than 40 countries and regions throughout the world and providing customers with the products of the whole industry chain comprising" corrugated board production line and automatic corrugated carton printing inline + intelligent ware house logistics". These products, which have established synthetic completion superiority and take the leading position, can create sustainable value for customers.

Guangdong Fosber Intelligent Equipment Co., Ltd（Fosber Asia for short）is a joint venture established by Fosber Group and Dongfang Precision Group and its manufacturing base is located in Foshan of Guangdong Province. Fosber Asia is committed to providing high quality services for the customers in the Asian market. Its products, the complete high-performance corrugated board production lines, which are designed in Fosber Italy, are manufactured both in Italy and China. 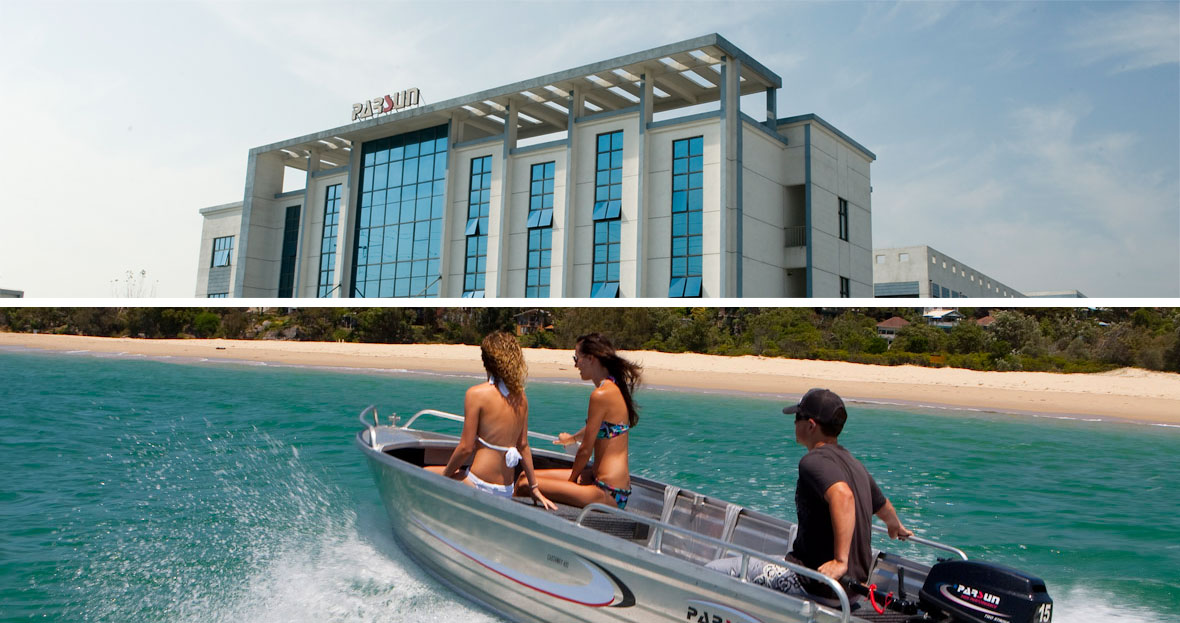